How to trade Stocks

PTSD AND THE 12 STEPS 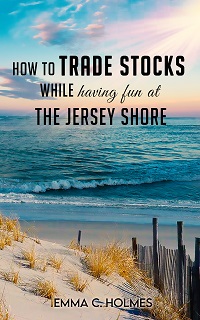 “How to trade Stocks: While having fun at the Jersey Shore” by Emma C. Holmes

Lewis McKinsey resides in New York City which is in close proximity to Wall-Street; although not being particularly professionally associated. However, connections are immensely evident when considering his persistent known propensity in stating; “You can’t lose with the stuff Lou uses” prospectively referring to trading; which denotes it’s a matter of personal decisions, when considering trading that sometimes has a level of diminishing returns, but when utilizing special extraordinary methodical initiatives with tenaciously, he insists the system works knowing there are times when it’s necessary to resisted strongly concerning speculative stocks being its nebulous propensity of opting unnecessary risk. Then preferring authentic private intuitive strategies by weaving through market investments while adhering to internal suggestions and by advising others to: ‘Never drop it like it’s hot,’ just focus on prospective targets while riding the waves to success; consciously accessing that in most cases, ‘It’s not whether you win or lose, but it’s, how you play the game. In essence Lewis McKinsey is a wealthy businessman who reminisces of his past. This saga inevitable initially describes his nascent present business reality, subsequently later deliberately unfolds into encumbered details while reminiscing of his invariable coming of age; thus exploring varied vibrant profound glimpses of his exuberant experiences; especially, when visiting the Jersey Shore which occurred along before his college days, and successful career apparatus.

Created No Way Out