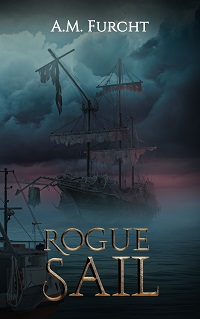 Jack Hartford is living the frat boy dream, spending spring break aboard the Coral Chorus. The pleasure cruise ship ferries Jack and his fellow passengers through the crystalline waters of the North Atlantic Ocean while they drink to their hearts’ content. Then, one night while deep in their cups, the cruise-goers witness a ship melt from the strange mist that surrounds their boat from nowhere. At first, they think it’s an attraction, part of the ‘show.’ Until it becomes painfully clear, nothing could be further from the truth.

Jenny Hartford refuses to accept the Coast Guard’s ruling that her brother’s ship has been ‘lost at sea’. If they don’t search for Jack, then Jenny will. As she heads to Bermuda, her boyfriend Will at her side, she is prepared to stop at nothing to discover the truth of what happened to her brother and his ship. But, with the closed-lip determination of the reluctant cruise company and the lack of leads, Jenny and Will’s only option is to hire their own boat and head out into open waters themselves. The Angel’s Wing and her passengers float around the infamous Bermuda Triangle, traveling a ‘search pattern’ that feels increasingly futile. When a storm threatens to swallow them, Jenny and the others see haunting images amidst the mysterious fog.

Storms aren’t the only dangers on the sea, and the Bermuda Triangle hides her secrets well. Cursed pirates. Dark waters. Ghost ships, there’s no telling who will make it home from these deadly waters.