Monthly Book Club is one of the best-known and most respected book clubs in the world for independent authors. Monthly Book Club serves one of the largest audiences of general interest readers, offering a vast selection of the best new titles in popular fiction, nonfiction, entertainment, self-help, cookbooks, kids books and more. We share books that would otherwise be drowned out by the big publishing companies. Most Authors are independent writers that merely want you to sample their works. We here at Monthly Book Club provide that format. This is a free site to use and browse at your leisure. If you choose to read more about a specific author there are links that will take you to 3rd party site to get your copy of the books shown here. “Wrestling History Through The Ages: Where it all started for the professional wrestling” by Robert Kenneth

Wrestling history through the ages is like jumping into a wrestling education time machine! It’s an encyclopedia of wrestling that will appeal to everyone.
If you’re new to wrestling it will open up a whole new world to you and if you know your suplex from your powerslam then it will be a blissful walk down memory lane. The thing it is certain to do is get people talking.

This book will give you an insight on Wrestling with time where it all began, Many believe that wrestling came from the Greeks, but it started way before then.

The Styles and Terminology, the Brawlers, Hardcore, Highflying, Lucha Libre, Catch-as-Catch-Can, Powerhouse, Submission and the Technical wrestling, which makes it so enjoyable to watch.

Most sports discourage attention-seeking, childish behavior. For extravagant celebrations or controversial remarks, players can be fined or penalized but this happens all the time in wrestling. Who is the greatest wrestling superstars, some will say Hulk Hogan, Stone Cold Steve Austin’s or The Rock.

This is not a pro wrestling biographies book but a history of sports from a fan who has watched wrestling for over 30 years and still love it to this day. 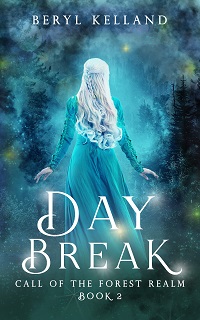 “Daybreak: Call of the Forest Realm, Book 2” by Beryl Kelland

After mere days in the Forest Realm, Briony is adjusting to the ways of her new life, but unanswered questions linger. Meeting her father’s inner circle brings new friendships, along with the stark reminder of being an outsider to the kingdom. As tensions mount, Briony finds herself wondering who she can trust and whether the fae court is really so happy to have their princess back after all.

Daybreak is the second installment in the Call of the Forest Realm novella series, by Beryl Kelland.

“Illithesium: The Awakening” by Adam Zomparelli

For fans of Hyperion, Game of Thrones that want to discover something new …

Our current reality on planet Earth is plagued by social problems, such as piracy, the sex trade and Death, which seems to constantly undo God’s creations. Are there any powers in the universe which can set humanity onto a more positive path, by cleansing corruption from civilization?

Fuelled by Illithesium—trillions upon trillions of micro-organisms fused into every one of his cells—the humanoid being called Oron has God-like powers. His role is to nurture the futures of civilizations on many planets, by ridding them of undesirable influences under God’s cosmic hierarchy. Yet on Earth, Oron meets a human who teaches him what he has never known: how to act based on emotions rather than pure logic and duty. His protégé, Aurelia, is a young woman whom Oron coaches to become powerful in myriad ways, and yet she has the power to change how he acts, based upon love. This informs Oron’s decision to challenge the legendary and archaic being Death itself to save humanity. Oron cannot hope to survive this encounter, but Aurelia fuses with his power, and together—leaving Earth to recover from the epic struggle as they continue with their missions. Aurelia does not yet know it, but she will be facing Faelot, spawn of Lucifer, in her future role as the cleanser of planets.

Ryanne and I have been friends since 5th grade. Two peas in a pod. When you saw one, you saw the other. We consider each other sisters. I am free-spirited and business minded. Love takes a back seat when it comes to my life. I don’t have time for it, at least that’s what I thought. Ryanne, on the other hand, is a helpless romantic. She believes in love and all the mushiness that accompanies it. We differ in that way. Love has been good to Ryanne and as I get older, am softening up to it. However, the one person that I am willing to take a chance on, has moved on with another female. With friends that I consider family, I attempt to get over him so that I may find love…crazy love. This is my story.

When her dreams are plagued with visions of horrific battles, Sarai must return to her kingdom, Zunoro, after a ten-year absence. Crossing the border Sarai meets the stern and proud Ayize, whom she convinces to join her army. It is a decision she might come to regret, for Sarai soon discovers she is under the influence of an ancient Inmakwe curse. Self-preservation and the fate of her people collide.

ONE REAPER MUST GO TO GREAT LENGTHS TO SAVE HIS NEXT VICTIM.

Darius, a human who once lived as a slave until his untimely death is given a second chance at life when he becomes a Reaper in the afterlife.

Over 200 years later Darius discovers another Reaper is consuming the souls of innocent humans in order to gain power. In an effort to thwart this rogue and restore balance to life and death, Darius takes it upon himself to protect the next victim, Peyton Paradisa.

“The Depression and Anxiety Workbook: 5 Ways to Raise the Spirit and Experience Joy” by Leibny Hope

Transform your life on day one!

5 brilliant methods to IMPROVE your MOOD and FEEL BETTER!

Yes, you can change your life by changing your thoughts in 5 days!

"The Maltese Attack" by Jay Perin.

"A Tale of a Human Dragon Hybrid" by Ryan Johnson.

“The Bounty Hunter” by P.R. Garcia.

“31 Ways To Get Out Of Storm” by Christy Ogbeide.

"Black & White: How Unity and Reconciliation Can Save America" by Myron Pierce.

A Matter of Time from Steven Craig.

Triumph In The Midst Of Adversity from Kate Iroegbu.